January 14th, 2020 – End of Life DATE
→  Replace or Upgrade your systems NOW!
→  After that day YOU won’t get security patches anymore
→  Microsoft won’t fix issues anymore.
→  SEC or HIPPA requires YOU to update

Every Microsoft operating system is given a date when Microsoft will no longer support that operating system.  For Windows 7 and Server 2008 R2 that is at the end of this year, specifically January, 14th 2020.  This is a sad event for me just because I believe that Windows 7 is by far the best and most efficient operating system Microsoft has ever developed.  Now what will exactly happen on this date? 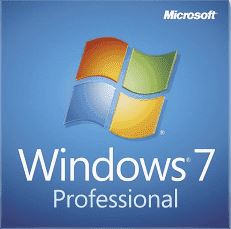 Of course none of that stuff will actually happen.  What will happen is that any issues or incompatibilities within that operating system that are discovered will not be fixed and Microsoft will not provide security patches.  This means if you can’t open Microsoft Word because of an incompatibility issue with Windows 7 and the latest version of Word, Microsoft will not fix it.

Of course that is more of a nuisance than anything because your operating system will continue to function.  You will still be able to browse the internet and run your current applications. In fact, we still come across customers that are running Windows XP which was “End of Life” in 2014, 5 years ago!

Now software patches are one thing but the main issue with not upgrading Windows 7 is that you will no longer get security patches.  This is by far the biggest issue with continuing to run on an operating system that is end of life.

Everyone should be concerned with security but if you deal with a regulatory body like the SEC or HIPPA then it is critical that you upgrade your systems to make sure you stay protected and compliant.  Microsoft did patch Windows XP after they discovered a major security hole long after end of life but you shouldn’t count on Microsoft doing this in the future.  That was the first and only time Microsoft has ever done that.

So what are your options? The first is to upgrade Windows 7 to Windows 10 – which is a valid option.  The second option is to buy a new PC and get Windows 10 already on it. For desktop and laptops I highly recommend the latter.  Like I mentioned, Windows 7 was one of the best performing operating systems. Windows 10 has made a lot of improvements since its release but it still takes more resources to run and most likely it will not perform very well on older equipment.  My recommendation would be to buy a new device with Windows 10 and use some of the numerous software applications that will transfer all your data from the old system to the new one.

Server 2008 R2 can also be upgraded but it is still cleaner to do a clean install running Server 2016 and migrate all the information over from the old system.  The way we accomplish this is by using Virtual Server technology like Hyper-V and VMWare to make full image level backups and then perform the migration.    Small Business Server 2011’s core system is built on Server 2008 R2 and this system can’t not be upgraded in place.  You will need to do a fresh install of Server 2016 and migrate Active Directory, file sharing and if you are still running Exchange then now would be a great time to go to Office 365.

Planning ahead is a key in getting your migrations or upgrades done before the end of the year.  If you need help please click “here”  and send The Tek a message.  We can help you purchase equipment or migrate your servers to a new platform.